Little changed from the days of its founding, the 1871 Church of the Annunciation is in the shadow of today’s Minute Maid Park, home to the Houston Astros. The church served as home for organist Thomas F. Ward (1856-1912) who was the unlikely teacher of English composer Frederick Delius (1862-1934). Ward taught piano, organ, and composition privately in Houston and at St. Mary’s Seminary in nearby LaPorte—a short train ride away. One of his seminarians James L. Drummund later served as organist at Houston’s Sacred Heart Church. Plagued by tuberculosis, Ward found his public music performance schedule greatly limited by his physical condition. Because of this, Ward shared Annunciation organist duties over the years with Cheston Heath, a Harvard graduate who had studied at Boston Conservatory, and also with E. G. von Hofe and Mrs. George Bruce.

Thomas Ward grew up as an orphan in Brooklyn, influenced heavily by his Catholic musical upbringing. He graduated from St. John’s College in Brooklyn in 1873 and studied composition with the organist John M. Loretz, Jr., a celebrated composer and virtuoso performer. Ward was heavily influenced by Southern folk music in Brooklyn and by the composer Louis Gottschalk. As his tuberculosis grew more limiting, Ward moved to Florida in 1884 for his health, arriving in Jacksonville virtually at the same time as the English composer Frederick Delius. 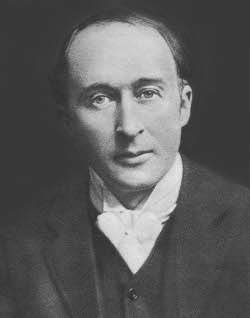 Delius was the son of a wealthy mercantile family in England. He had been sent by his family to manage an orange plantation near Jacksonville, Florida. Delius discovered Ward teaching at the Merryday and Paine Music Store in Jacksonville, and after a brief acquaintance, Delius invited Ward to come to his orange plantation on the St. Johns River to teach him composition. During this period, Delius was attended by two former slaves whose musical context heavily influenced his compositional style from this time forward. Ward and Delius spent the better part of that year together at the Solano Grove Plantation. Delius’s future works Florida Suite and Appalachia show decided influences from his days of residency in the South. Delius moved from Florida in 1885 to continue study eventually at the Leipzig Conservatory.

Ultimately, Thomas Ward came to Houston. Through his Annunciation Church responsibilities, Ward became a colleague of Anton Diehl who maintained a large Conservatory of Music in Houston. In addition to his performance as an organist, Ward performed as pianist and violist with Diehl’s society orchestra. A 1904 newspaper advertisement also notes Ward as an accompanist for Houston’s inaugural performance of Alfred Gaul’s The Holy City cantata.

Over the years, Ward’s health and financial status continued to decline. He died in 1912 in poverty and obscurity. Regrettably, he did not live to see his pupil Delius become famous. His burial in Holy Cross Cemetery was paid for by his two Annunciation friends Anton Diehl and Father Thomas Hennessy. A marker placed there in 1993 by Ward’s biographer Don C. Gillespie states, “Catholic Musician. Teacher of English composer Frederick Delius.” Gillespie’s book The Search for Thomas F. Ward is a compelling chronicle of the era, its social and musical context, and the influence of these two men on each other.

The Rest of the Story 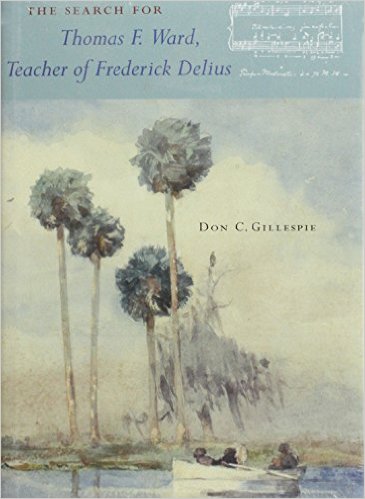 In the process of researching for this article, I was able to make contact with Don C. Gillespie, the author of the biography of Thomas F. Ward and former editor for C. F. Peters music publishers in New York. In our communication, he expressed concern that the plaque he had commissioned to mark the grave of Ward might not have weathered the Houston environment well since installation in 1993. I offered to go to Holy Cross Cemetery and check on the grave site and invited Carl Cunningham, performing arts critic of the Houston Post, to join me. Cunningham had been interviewed by Gillespie in the writing of the book to see if any Houston octogenarians might have memories of Thomas Ward as a Houston musician. Cunningham wrote an article published in the Houston Post in 1989 seeking any local recollections.

Carl and I met at the small Catholic cemetery now suffering neglect and deferred maintenance, but containing the graves of many Houstonians who were buried in the early 20th century. The plaque indeed was sound, but the Florida coquina stone to which it had been attached had disintegrated. The plaque was loose from its moorings. Fearing vandalism, I wrote Gillespie and stated that I was concerned for its safety. Gillespie responded that I should take the plaque for safekeeping while we determined a course of action.

Cunningham, meanwhile, had reported our efforts to Felipe Gasper, current organist and choirmaster at Annunciation Church where Ward had served. Gasper expressed interest in the Annunciation connection and asked to be included in our quest. (That church is reportedly currently working to restore their 1924 Pilcher organ.) Ultimately, I contacted a local grave monument company which was willing to remount the plaque on a block of granite and reinstall it at Holy Cross Cemetery at their cost. As a result, several of us have underwritten the cost of this project. When accomplished, it is our intent to invite a priest from Annunciation church to join us and consecrate the new monument to Thomas F. Ward. If my romantic sentimentalism prevails, I may even play a recording of Delius’s Florida Suite as we give thanks for the mentorship of Thomas Ward at his gravesite. The plaque reads: