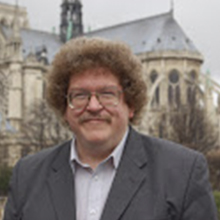 Eric Ewazen's music has been performed by distinguished soloists, chamber ensembles, vocalists, wind ensembles and orchestras around the world. His music can be heard on some 70 commercially released CDs, by some of the greatest recording artists of the 20th/21st centuries, including performers from the NY Philharmonic, Chicago Symphony, Philadelphia Orchestra, Boston Symphony and the Cleveland Orchestra. His compositions for brass, percussion and increasingly woodwinds and wind ensembles have become staples of the repertoire. He has been a guest at over 150 colleges and universities worldwide, including 20 different countries and 47 states of the 50 United States. In recent seasons, since 2009, he has been a guest at the Central Conservatory of Beijing, and the TianJin Conservatory in China and worked with the composers of the Chinese Army Band of the PLA. He was also a guest at the Conservatories in Rio de Janeiro, Joao Pessoa and Salvador da Bahia in Brazil, Mahidol University in Bangkok, the Saratov Conservatory in Russia, the Paris Conservatoire in France, the Birmingham Conservatory in England, the University of Lisbon, Portugal, the Zagreb Conservatory in Zagreb, Croatia, the Conservatory of Matera in italy, and the Senzokuo Gakuen and Showa Conservatories in Tokyo. Notable chamber ensembles and soloists who have performed his music include percussionist Dame Evelyn Glennie, Joe Alessi of the NY Phil, Charlie Vernon of the Chicago Symphony, Ronald Barron of the Boston Symphony, Franklin Cohen of the Cleveland Orchestra, the American Brass Quintet, Nexus Percussion Ensemble, and the Guarneri String Quartet. During 2014-2015 his Symphony No. 1, The New Eastern World Symphony, is being premiered by the ShenZhen Symphony in China. The Boise Philharmonic will be performing his Tenor Saxophone Concerto, and the Anchorage Symphony will be premiering his Double Concerto for Violin, Cello and Orchestra. He will be a guest at various universities and conservatories, including the Stavenger Conservatory in Norway and the Bucharest Conservatory in Romania. His music is being featured at the 2014 National Flute Association Convention in Chicago, the 2014 International Horn Society Convention in London, the International Trumpet Convention in King of Prussia, Pennsylvania in the U.S., and then International Double Reed Society Convention in New York City. He has been Vice-President with the League of Composers-International Society of Contemporary Music, and has been a faculty member of The Juilliard School since 1980. He received his Bachelors of Music Degree from the Eastman School of Music in 1976, and the Masters Degree and Doctorate Degrees from Juilliard in 1978 and 1980, where he teaches Music Theory in the College Division, and Composition in the Pre-College Division. Dr. Ewazen is very excited to be writing a work for Brass Quintet and Organ commissioned the American Guild of Organists. His previous work for trumpet (or trombone) and organ, "A Hymn for the Lost and the Living", an In Memoriam to the Victims of 9/11 has been garnering a great deal of attention.