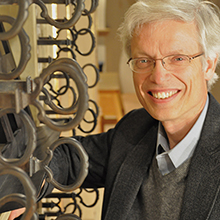 Timothy Jones performs widely in opera, concerts, chamber music, and solo recitals. He has commissioned and premiered numerous works across the United States and Europe. An Associate Professor of Voice at the Moores School of Music, the University of Houston, he has contributed to the cultural life of Houston for several years through performances with CONTEXT, Musiqua, Ars Lyrica Houston, the Bach Society, and the Houston Symphony. Jones has performed throughout the United States, Mexico, South America, the Czech Republic, Europe, and Canada. Much in demand by symphony orchestras for Haydn’s Creation, Verdi’s Requiem, Mozart’s Requiem, and Bach and Handel oratorios, his operatic career flourishes with leading roles in Le nozze di Figaro, Così fan tutte, Don Giovanni, Don Pasquale, La Bohème, Porgy and Bess, Romeo et Juliette, Hänsel und Gretel, and Die Fledermaus. He made his New York debut with the Chamber Music Society of Lincoln Center. Jones earned his Master of Music and Doctor of Musical Arts degrees from the University of Michigan. 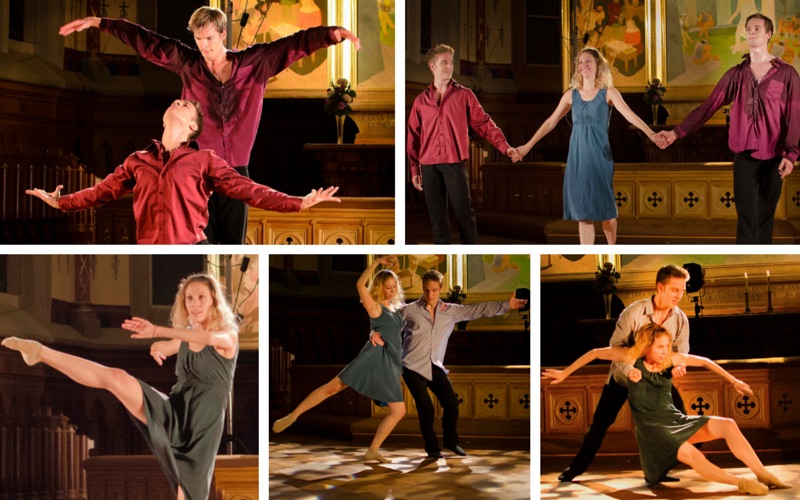 Gabriel Davidsson began dancing at the National Ballet School in Gothenburg in 2000. After moving to the United States, he studied primarily with Jamey Leverett at the Timothy Draper Center for Dance Education in N. Y. (2001–2007). He finished his training at the Kirov Academy of Ballet in Washington D. C. with Anatoli Kucheruk (2007–2009). From 2009–2012 Davidsson was engaged at the Kansas City Ballet. Since 2012 Gabriel Davidsson is a soloist with the Estonian National Ballet. His repertoire includes The prince in Ben Stevenson’s “The Nutcracker”, Hans van Manen’s “Trois Gnossiennes,” Benvolio in Ib Anderson’s (“Romeo and Juliet”), as well as leading roles in ballets by Wayne Mcgregor, Robert Hill, Jessica Lang, Bruce Marks, Toni Pimble, George Balanchine, William Whitener, and Twyla Tharp. Gabriel Davidsson has performed in Festivals and workshops all over the United States, and in Europe. He is founding member of the Davidsson Organ and Dance Collaborative and has choreographed for the project and performed in recitals with the group in North America, Asia, and Europe since 2011.

From 2003 to 2012, Stayce danced with the Kansas City Ballet where she worked with noted choreographers including Donald McKayle, Val Caniparolli, Robert Hill, Trey McIntyre, Jessica Lang, and Karol Armitage in various soloist and principal roles. Some of her favorites include Calliope in Balanchine’s “Apollo,” Amelia in José Limon’s “The Moore’s Pavane,” leads in Balanchine’s “Who Cares?” and “Serenade,” Jessica Lang’s “Splendid Isolation III,” and Bruce Mark’s “Lark Ascending.”

In 2012, she moved to Germany to dance with Augsburg Ballett performing the lead in Annabelle Lopez Ochoa’s “Dangerous Liaisons,” and principal roles in works by Christian Spuck, Regina Van Berkel, and Douglas Lee. Since joining the company she has also worked with Kevin O’Day, Maurice Causey, and Itzik Galili and choreographed on dancers for Augsburg Ballett’s “Destillation 3” evening.

Her choreographic commissions include pieces for Motion Dance Theater in Asheville, NC and Quixotic Fusion in Kansas City as well as choreographing pieces for Kansas City Ballet’s “In the Wings” evening three years in a row. She is also a co-choreographer for organist, Hans Davidsson choreographing and dancing in organ festivals in Sweden, Denmark, and the Nederlands. Stayce’s love for the creative process led her to develop the contemporary dance project, Exhibit Sway in 2011, lending opportunities for dancers to choreograph in a collaborative effort with local artists. Embarking on a Freelance career in 2014 has provided Stayce with many opportunities to create and dance in projects throughout Europe. Her current work is a half evening with the Miskolc National Theater in Hungary to be premiered in 2015.

A native of Göteborg, Sweden, Mr. Davidsson trained at the Royal Swedish Ballet School before relocating to Rochester, New York; completing his training at the Draper Center for Dance Education and the Kirov Academy of Ballet on scholarship. Mr. Davidsson was a member of the Houston Ballet where he danced several lead roles like the Prince in Cinderella, the Prince and Russian in The Nutcracker, soloist roles in La Sylphide, Jiri Kylian's Petite Mort, Christopher Wheeldon's Carousel and Houston Ballet's artistic director Stanton Welch's Falling, Four Seasons, Clear and Brigade. Davidsson performed additional roles in numerous ballets by Welch, Stevenson, Ronald Hynd, James Kudelka, and George Balanchine. For the 2012-2013 season, Davidsson joined the National Ballet of Canada and performed soloist roles in Neumeier’s Nijinsky and danced in Wheeldon’s Alice in Wonderland, Kudelka’s Swan Lake and 4 Seasons, and Ratmansky’s Romeo and Juliet. During his time with the Rochester City Ballet, he performed Don Jose in Edward Ellison's Carmen, the Snow King and Prince in The Nutcracker, the Prince in Cinderella and the lead role of Tim Draper in Jamey Leverett's Pedestal.

A soloist with Estonian National Ballet since 2013, Jonathan has danced Prince Desire and bluebird in "The Sleeping Beauty", Prince and Russian in "The Nutcracker", "Trois Gnosiennes" by Van Manen, Benno in "Swan Lake", Hunter in "Snow White", "Symbiont(s)" by Wayne Mcgregor, as well as featured roles in "Petrushka" by Mai Murdmaa, "Rosalinde" by Ronald Hynd and "Manon".

Jonathan is a founding member of Davidsson Organ and Dance Collaborative and has presented their work in Asia, North America and Europe.

Mr. Davidsson performed at the finals and Gala of the 2012 Helsinki International Ballet Competition. Jonathan is currently completing his Bachelors degree in Liberal Arts at Harvard University Extension School.

Ulrika Davidsson teaches historical keyboard instruments at the Royal Danish Academy of Music, Copenhagen, and the Academy of Music and Drama, University of Göteborg. She holds a Doctor of Musical Arts degree in piano performance and historical keyboards, and a masters degree in harpsichord performance from the Eastman School of Music, Rochester, NY. A native of Sweden, she holds a Master of Fine Arts degree in piano performance from the University of Göteborg; and the Organist and Cantor Diploma from The Royal Academy of Music, Stockholm. From 2007 to 2012, she was Assistant Professor of Historical Keyboards at the Eastman School of Music. She was also the Music Director of Rochester City Ballet and the Draper Center for Dance Education. From 1990 to 1999 she served on the faculty of the School of Music, University of Göteborg. 1983-1985 and 1987-2000 she held the position of Organist and Director of Music in Björkö Church.

Dr. Davidsson maintains a performance career on the fortepiano, harpsichord, clavichord, as well as the piano, and has given concerts throughout Europe, around the U.S., in Japan and South Korea. She has appeared on national TV and radio in her native Sweden. Her solo CD "Haydn Sonatas: Galanterien to Sturm und Drang" was released on Loft Recordings in 2009. In 2013, she received the Adlerbertska konststipendiet.

The Four Seasons with Organ, Dance, and Poetry

O Winter! bar thine adamantine doors:
The north is thine; there hast thou built thy dark
Deep-founded habitation. Shake not thy roofs,
Nor bend thy pillars with thine iron car.

He hears me not, but o'er the yawning deep
Rides heavy; his storms are unchain'd; sheathed
In ribbed steel, I dare not lift mine eyes;
For he hath rear'd his sceptre o'er the world.

Lo! now the direful monster, whose skin clings
To his strong bones, strides o'er the groaning rocks:
He withers all in silence, and his hand
Unclothes the earth, and freezes up frail life.

He takes his seat upon the cliffs, the mariner
Cries in vain. Poor little wretch! that deal'st
With storms; till heaven smiles, and the monster
Is driv'n yelling to his caves beneath mount Hecla.

O thou, with dewy locks, who lookest down
Thro' the clear windows of the morning; turn
Thine angel eyes upon our western isle,
Which in full choir hails thy approach, O Spring!

The hills tell each other, and the list'ning
Vallies hear; all our longing eyes are turned
Up to thy bright pavillions: issue forth,
And let thy holy feet visit our clime.

Come o'er the eastern hills, and let our winds
Kiss thy perfumed garments; let us taste
Thy morn and evening breath; scatter thy pearls
Upon our love-sick land that mourns for thee.

O deck her forth with thy fair fingers; pour
Thy soft kisses on her bosom; and put
Thy golden crown upon her languish'd head,
Whose modest tresses were bound up for thee!

O thou, who passest thro' our vallies in
Thy strength, curb thy fierce steeds, allay the heat
That flames from their large nostrils! thou, O Summer,
Oft pitched'st here thy golden tent, and oft
Beneath our oaks hast slept, while we beheld
With joy, thy ruddy limbs and flourishing hair.

Beneath our thickest shades we oft have heard
Thy voice, when noon upon his fervid car
Rode o'er the deep of heaven; beside our springs
Sit down, and in our mossy vallies, on
Some bank beside a river clear, throw thy
Silk draperies off, and rush into the stream:
Our vallies love the Summer in his pride.

Our bards are fam'd who strike the silver wire:
Our youth are bolder than the southern swains:
Our maidens fairer in the sprightly dance:
We lack not songs, nor instruments of joy,
Nor echoes sweet, nor waters clear as heaven,
Nor laurel wreaths against the sultry heat.

O Autumn, laden with fruit, and stained
With the blood of the grape, pass not, but sit
Beneath my shady roof, there thou may'st rest,
And tune thy jolly voice to my fresh pipe;
And all the daughters of the year shall dance!
Sing now the lusty song of fruits and flowers.

“The narrow bud opens her beauties to
The sun, and love runs in her thrilling veins;
Blossoms hang round the brows of morning, and
Flourish down the bright cheek of modest eve,
Till clust'ring Summer breaks forth into singing,
And feather'd clouds strew flowers round her head.

The spirits of the air live on the smells
Of fruit; and joy, with pinions light, roves round
The gardens, or sits singing in the trees.”
Thus sang the jolly Autumn as he sat,
Then rose, girded himself, and o'er the bleak
Hills fled from our sight; but left his golden load.